This article is using {{Card template}}.
See Help:Style guide/Card for how to edit this kind of article.
Edit this article
Houndmaster Shaw
47488 • GIL_650
Regular 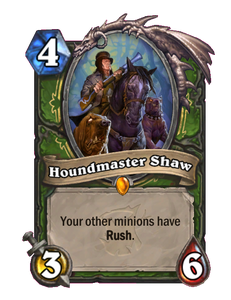 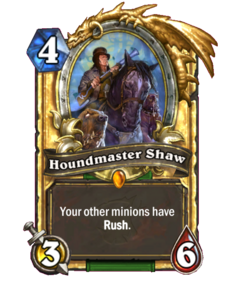 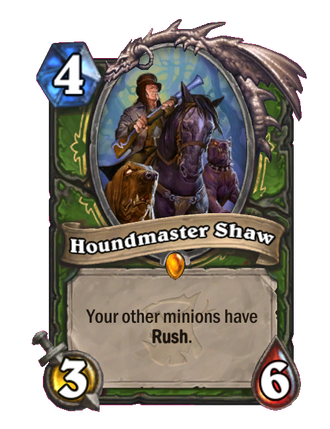 For the hero of the same name, see 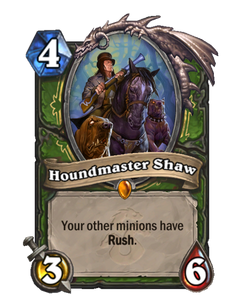 Houndmaster Shaw, on top of having a good statline that's often capable of surviving when played on curve, gives all of your other minions Rush, making your minion double as removal while also protecting Shaw to continue oppressing the enemy's board. Houndmaster Shaw is an excellent card for mid-game board control. Another useful effect of giving your minions Rush is that it gives you an easier way to activate Deathrattle effects, if the opponent has a minion that can kill whatever Deathrattle minion you throw at them. Combine with

Voodoo Doll for instant removal of a chosen target.