This article is using {{Card template}}.
See Help:Style guide/Card for how to edit this kind of article.
Edit this article
Hoarding Dragon
43507 • LOOT_144
Regular 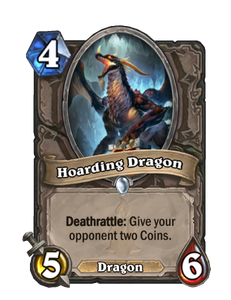 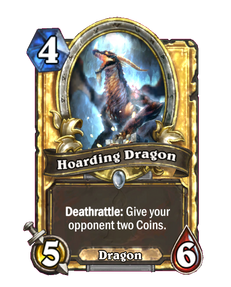 Keeps his two cents to himself. 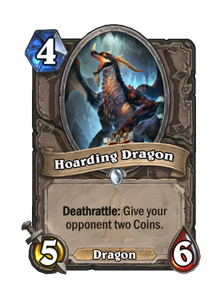 Hoarding Dragon is a common neutral minion card, from the Kobolds & Catacombs set. 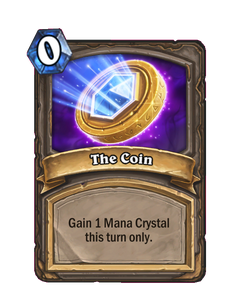 This card is very similar to Hungry Dragon, with an effect that benefits the opponent in exchange for a higher statline. However, because its effect is a Deathrattle that does not immediately impact the board, it can be extremely dangerous if the opponent is unable to deal with it or cannot efficiently use the two generated Coins.

This card can be used in Mill decks to fill the opponent's hand before forcing them to draw, making them burn 2 more cards.

It is highly advisable not to play this against decks that make good use out of cheap spells/cards, such as Miracle Rogue, Tempo Mage, and Priests with Dragon Soul, Lyra the Sunshard, Priest of the Feast or Voidform.

Judging by its appearance, Hoarding Dragon is a member of the black dragonflight.