A hero is a character in the Warcraft universe representing the player. In Hearthstone, this concept is expressed in three interrelated but distinct ways:

At some point before the release of Ashes of Outland, Hero was a synonym for one of the nine Hearthstone classes within a player's account. These "heroes" earn experience after each game, gaining access to cards and other rewards. However, all rewards are earned based on the class played rather than the specific individual hero. Similarly, it is the class chosen for a deck rather than the specific hero which determines the class cards and Hero Power in games with that deck.

In Constructed, heroes have 30 base Health, and take damage when attacked by minions or hit by spells and effects. When a hero is destroyed or has its Health reduced to 0 or below, the corresponding player loses the game. Heroes by default do not have an Attack value, but can use various means to gain Attack such as equipping weapons. Heroes with an Attack value can attack other targets, similarly to minions, and will take damage from targets they attack accordingly.

In addition to having Attack and Health attributes, participating in combat, and taking damage, heroes can be affected by some of the same conditions or abilities that minions are, namely Destroy, Freeze, and Immune effects. On the other hand, they differ in several ways too. Heroes do not have mana costs, although some cards that create replacement heroes do. Heroes can gain Armor and equip weapons, which minions cannot. Heroes cannot be targeted by spells or effects that specify "minion" rather than "character", and some effects can only affect heroes, not minions. Heroes are also capable of attacking on their first turns, unlike most minions.

When dealing damage to a hero, the hero is often unofficially referred to as "the face", as in "dealing 10 damage to the face", in contrast to attacking minions. "Going for the face" is used to describe directing attacks at the enemy hero.

While much of the game involves trading minions and making wise use of cards to gain control of the battlefield, almost all Hearthstone battles are ultimately resolved through dealing damage to the enemy hero. Despite this, because of the opportunity for repeated damage presented by control of minions, it is generally more important to address the ongoing threat of enemy minions than to simply deal damage to the enemy hero. However, once the enemy hero's Health has reached a certain level, it becomes most important to simply direct all attacks at the enemy hero, regardless of the state of the board. The assessment of target priority is an ongoing strategic challenge of Hearthstone.

When the player is capable of dealing fatal damage to an enemy hero that turn (known as "having lethal"), it is always best to do so that turn. At these times, taking normally prudent actions such as removing threatening minions, rather than simply attacking the enemy hero, can in fact directly cause the player to lose the game.

Aggro decks tend to focus on dealing damage to the enemy hero as quickly as possible and sacrifice late game potential in order to provide greater power and capabilities during the earlier game. Focused on defeating the enemy before they have the chance to retaliate, these decks often ignore board control in favour of directing all attacks at the enemy hero itself.

Each class has a default hero that is available after the player unlocks the corresponding class. All players begin the game with

Jaina Proudmoore from class mage and can quickly unlock the other heroes by defeating them in Solo Adventures' Practice mode or completing their Book of Heroes.

Hero skins can be purchased or occasionally earned, acting as alternate heroes or alternate versions of default heroes for existing classes. These heroes have special art, emotes, animations, and in some cases card backs, and are always animated, even if you haven't unlocked the golden hero for that class. The differences are purely cosmetic; each uses the same Hero Power and class cards as the default hero of the same class. Even if you have not unlocked the golden version of a hero, you will still get an animated character and Hero Power, but the minions/weapons that are produced by your Hero Power will not be golden.[1][2]

Bosses are unique computer-controlled heroes encountered in adventures, the tutorial, and single-player Tavern Brawls. Bosses are not selectable by the player and are not encountered in other modes of play.

Each boss features a unique Hero Power and selection of cards. Bosses may use regular collectible cards, but also have access to unique boss cards, special and often extremely powerful cards which are not available to players. Boss battles are generally designed to offer a specific challenge, usually featuring a strong theme or style, forcing the player to find a way to defeat them. Players often must alter their decks or construct new ones in order to beat specific bosses, with each having its own strengths and weaknesses.

Adventures or Tavern Brawls sometimes allow players to take control of boss heroes, internally called guest heroes in game files, specific to games within one encounter. Similar to bosses, these heroes may start with vastly inflated Health and Armor, and have access to special Hero Powers. 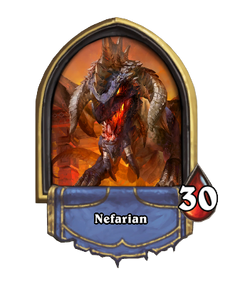 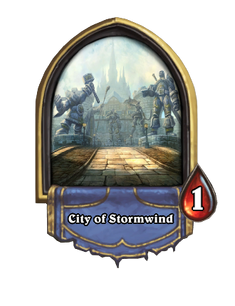 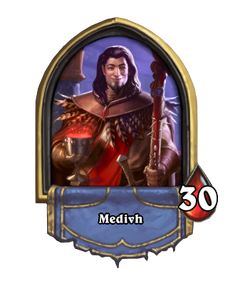 Hero is also introduced in Knights of the Frozen Throne as a card type. Upon being played, a hero will replace the player's hero, give them a small amount of Armor and replace their Hero Power with a new one.

This section lists cards with effects related to your or the enemy hero.