"The League of E.V.I.L. is hosting henchman auditions! Do you have what it takes?! Choose who you'd like to work for and get a bonus!"

This Tavern Brawl sees players taking on the form of various characters seen in previous single-player content, most of them being old bosses. Players can choose to play as one of nine preset characters, each with their own Hero Power and premade deck. In addition, each player can choose a passive bonus from one of the members of the League of E.V.I.L. 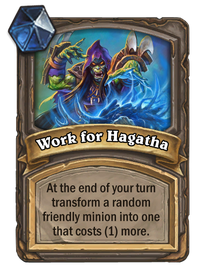 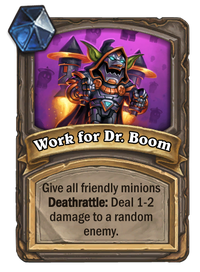 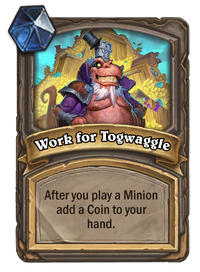 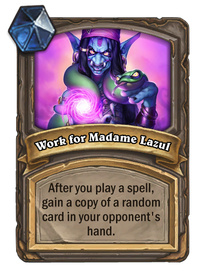 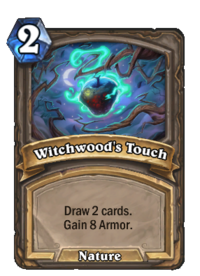 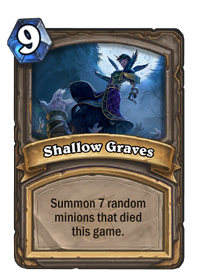 On each player's first turn, they can select one of four passives bonus from one of the members of the League of E.V.I.L.

Hagatha
Why are YOU worthy of consideration?

Hagatha
Show me the darkness within you!

Hagatha
I see all! It is... disappointing.

Hagatha
All rejects shall be cursed! THAT is the price of failure!

Hagatha
We have come to an understanding!

Hagatha
I... will have to think about it.

Dr. Boom
This'll be easy, just a few questions and a fight to the death!

Dr. Boom
How hard can you hit things?

Dr. Boom
I've gotta step out for a minute, and do something that's actually important.

Dr. Boom
Ohhh, I got plans for you buddy!

Dr. Boom
Oh it's over? Guess you really BOMBED! *laughs*

Togwaggle
You is smarter than you look!
Hagatha
How irritating...

Togwaggle
Who is best strongest candidate? Must fight it out!

Togwaggle
We is running result-driven operation here, top talent ONLY!

Togwaggle
I am taking notes on your performance metrics! You? VERY LOW PERCENTILE!

Togwaggle
Not everyone takes candle, some lose candle, which is you?

Togwaggle
Big surprise! You being better than statistical average! Allowing for marginal error...

Madame Lazul
Just as I expected!
Togwaggle
You is bad and should feel bad!

Madame Lazul
Let's have a little talk, you and me.

Madame Lazul
Would you say you are TRULY evil, or just evil enough?

Madame Lazul
Where do you envision yourself in five years? Oh wait, I already know.

Madame Lazul
Did you have any questions for me? Because too bad!

Madame Lazul
Great things are in the cards for you...

Madame Lazul
I'm afraid you are nothing I haven't seen before.