We first announced our plans for Ranked Play rewards at BlizzCon during our Fireside Chat panel, and now they’re ready to be unleashed! First off we’ve got the Golden Heroes. 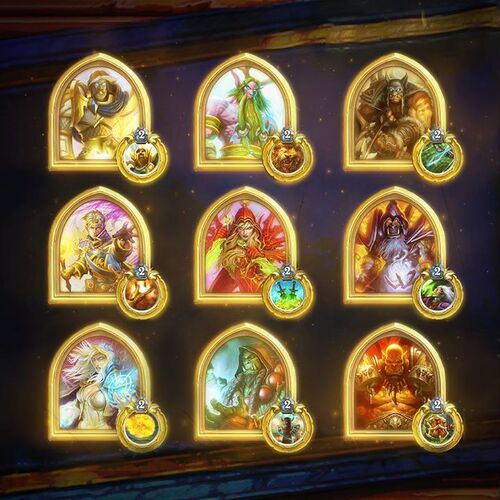 To get a Golden Hero of your very own, all you need to do is win 500 Ranked Play games with any given Hero. After you hit 500 wins, your experienced Hero will gain a gold border, animate, and gain a golden animated Hero Power. Your opponent will be able to see your Golden Hero as well! Impress your friends and opponents alike. Check out the awesome animations on Jaina, Garrosh, and Thrall in this video! 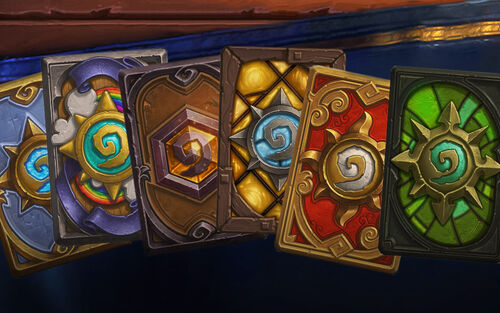 We’ll be making an additional change to Ranked Play as well, so we can ensure a more fun experience for everyone as we transition from season to season. Many players have felt like the start of each Ranked Play season was difficult since rankings were reset for all players, regardless of how far they progressed that season.

With this patch, you’ll receive bonus stars at the start of each season based on your performance from the previous season. This way, players that have progressed far into any given Ranked Play season will not be challenging those potentially new to the game or stomping all over players who are trying Ranked Play for the first time.

You’ll receive one bonus star for each rank you achieved in the previous season. For example, if you attained Legend, Innkeeper (Rank 1), or Black Knight (Rank 2) rank in any given season, at the start of the next season you would start off at Questing Adventurer (Rank 16) rather than Angry Chicken (Rank 25).

In order to ensure a fun and balanced game for everyone, we’ll be making changes to two cards in this patch: Tinkmaster Overspark and Nat Pagle.

Tinkmaster Overspark is a neutral card that silences and often shrinks big creatures. This reduces the amount of big, fun creatures in the environment. We think this change will increase the amount fun creatures in the environment, and bring him more in-line with his cost and overall power. Tinkmaster should still show up in certain types of decks, but will no longer be appearing in every high level deck.

Nat Pagle will now draw a card at the start of your turn rather than at the end. Nat had too much draw power for a card that is fairly hard to counter so early in the game, making it almost an auto-include for many decks. This change reduces the power of the card and gives players more time to counter the card before it starts.

A reconnect feature has been added to Hearthstone! Whether you’re in the middle of a heated match in Ranked or Casual Play or racking up the wins in the Arena, our reconnect feature will allow you to try to seamlessly get back into your game in progress.

If you’re disconnected from a game, the reconnect feature will give you 60 seconds to re-log into Hearthstone to keep the action going. In order to maintain the fast pace of the game for both you and your opponent, if one of you happens to disconnect mid-match, the game will continue as if either of you were still playing. Try not to be gone too long, or that turn timer may be sizzling down when you get back!

Speaking of staying connected, you can now play Hearthstone in other regions across the world! Whether you prefer to duel in the Americas, Europe, or Asia, you can swap your region with just a couple of clicks in the Battle.net Desktop App. Keep in mind that your Hearthstone collections, friends, and progress are unique per region and won’t transfer over.

Retrieved from "https://hearthstone.fandom.com/wiki/Hearthstone_Patch_Notes:_1.0.0.4944?oldid=33271"
Community content is available under CC-BY-SA unless otherwise noted.