Once each week during the celebration, players receive a creepy card pack and an Arena ticket just for logging in.

When starting an Arena run during Hallow’s End, players choose a Hero, then a Hero Power, and the cards offered in picks will feature cards from BOTH classes, in addition to neutral cards.

The Headless Horseman Rides is a special Hallow’s End Tavern Brawl that will run from Oct. 25 to 28.

The Headless Horseman has been marauding through the countryside, and it’s up to you to stop him! You’ll go in disguise to catch the fiend by surprise—after the Brawl begins, you’ll get to Discover which costume you’ll wear. Each costume has its own deck featuring cards from several classes and, for the first time, a passive Hero Power that you’ll need to make the most of if you want to succeed at sinking the sinister specter! 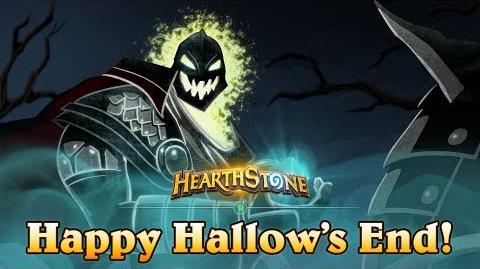 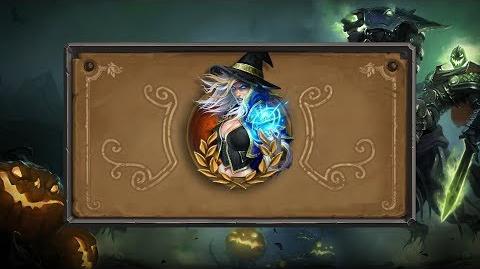 Retrieved from "https://hearthstone.fandom.com/wiki/Hallow%27s_End?oldid=35026"
Community content is available under CC-BY-SA unless otherwise noted.