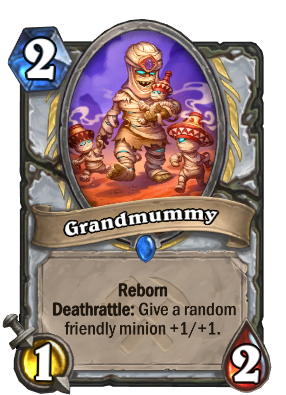 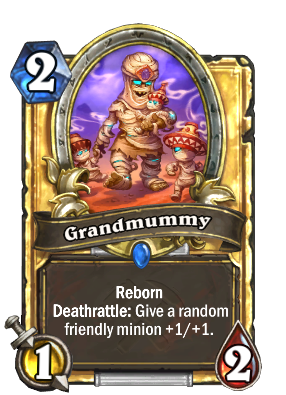 A grandmummy’s love is eternal.

Grandmummy is a rare priest minion card, from the Saviors of Uldum set.

Grandmummy can be obtained through Saviors of Uldum card packs, or through crafting.