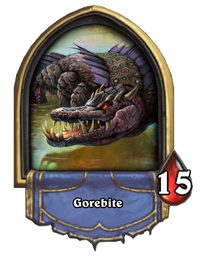 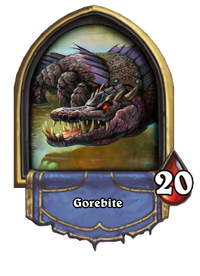 If it opens its mouth, you should run. Double-time.

Gorebite is a boss that can be encountered initially in Chapter 2 of Tombs of Terror. After completing Chapter 2, this boss encounter will be available in any completed chapter.

The below classe are listed purely for reference, and have no effect on the boss' use of the cards during the battle.

Gorebite is unique to Hearthstone.