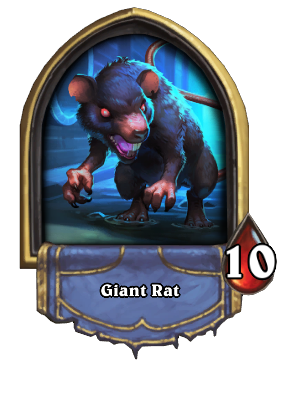 The bane of every young adventurer.
External links

Do not be intimidated by its wide board. A lot of its early minions have only 1 health and are easily extinguished. Things like Swipe and Explosive Trap will wipe its board. Play aggressively - with 10 health, it can easily be defeated as early as turn 3.

The rat is one of the most common critter found throughout Azeroth. They can be captured as pets.