This article is using {{Card template}}.
See Help:Style guide/Card for how to edit this kind of article.
Edit this article
General Twinbraid
67660 • BOM_01_Twinbraid_006hb
Regular 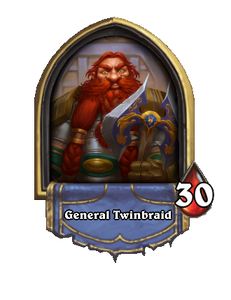 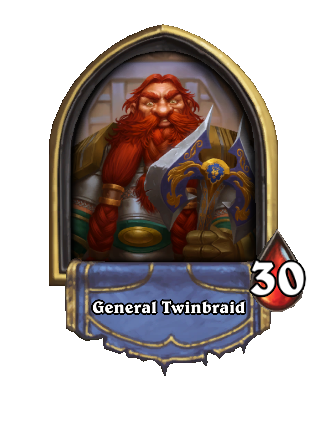 General Twinbraid is the sixth boss in Rokara's Book of Mercenaries chapter. 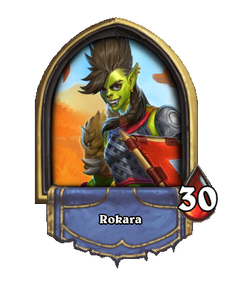 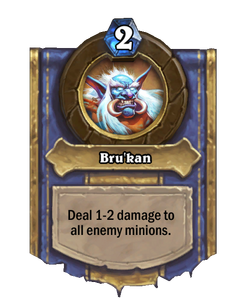 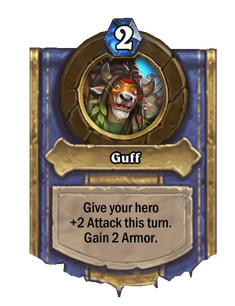 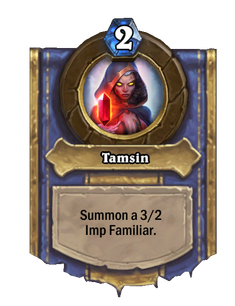 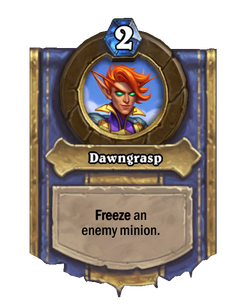 He doesn’t have much in terms of minions, more like a few small and a couple stronger minions, mainly it’s more minion buffs and holy spells. I used Bru’kan as my hero power to get rid of any divine shield and small minions. Use the weapon you have to help get his armour down and from there he will run out of minions, just make sure not to put any good minions down whilst he has full armour.

Kazakus
▶️You've done well, but one of the shards from my caravan has gone missing.
▶️My associates have traced the shard to a miner named Feegly out of a dwarf fortress near Bael Modan. Find the shard and bring it to me.

General Twinbraid
▶️Echeyakee got your tongue?
▶️Are you thinking about the most graceful way to lose?
▶️You Horde types aren't so tough.

Bru'kan
▶️We have no quarrel with you dwarves.
Guff
▶️I don't like this, Rokara. Their sticks make LOUD NOISES.
Tamsin
▶️Foolish dwarves. They love their forges but neglect to harness true power.
Dawngrasp
▶️Theoretically, there is nothing to prevent us all from coexisting. And yet...

Rokara
▶️Bru'kan, after that last battle, I thought for sure you would teach me your fifth and final lesson.
Bru'kan
▶️Bah! You are not ready for the final lesson! Not even close!

Rokara
▶️Now answer me, dwarf. Where is the one you call Feegly?
General Twinbraid
▶️FEEGLY? He's gone mad! Found some big gemstone and fled into the mines.
▶️Go ahead and follow him. I hope you suffer the same fate!

Twinbraid was a dwarven warrior of the Alliance. He first appeared as General Twinbraid representing Ironforge and Bael'dun. He was later promoted to the head general of Lion's Landing as High Marshal Twinbraid during the Alliance's campaign in Pandaria.