This article is using {{Card template}}.
See Help:Style guide/Card for how to edit this kind of article.
Edit this article
Garrosh Hellscream
63207 • Story_01_Garrosh
Regular 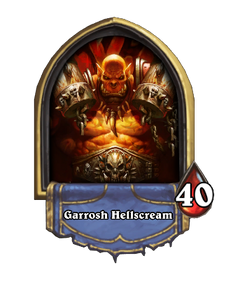 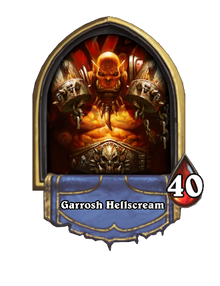 Garrosh Hellscream is the sixth boss in Mage's Book of Heroes adventure. 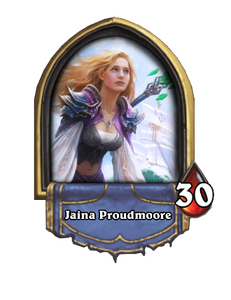 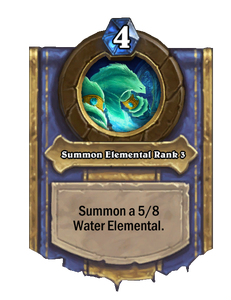 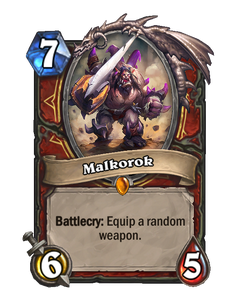 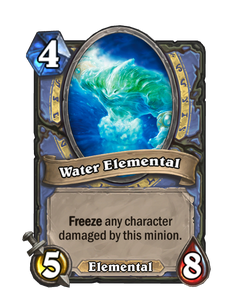 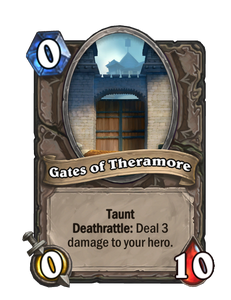 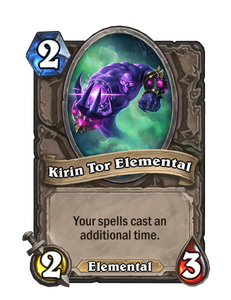 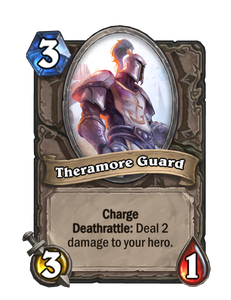 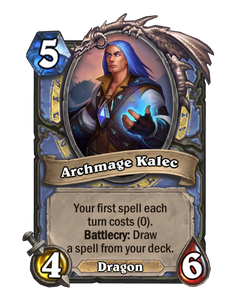 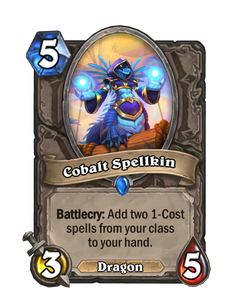 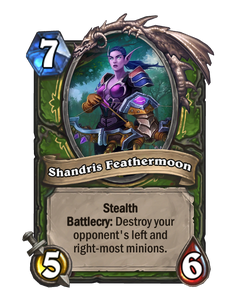 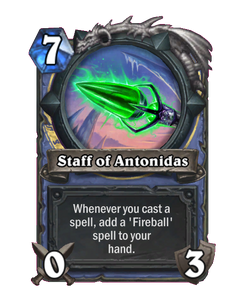 Jaina Proudmoore (present)
Our Alliance with the night elves held firm, but the Horde followed another path.
Despite the challenges, including my own father's attempts at war, I stood by Thrall and upheld the fragile peace.
Then he stepped down as leader of the Horde. In his place was… a monster. The first chance he had, he attacked us.

Jaina Proudmoore
Our people have lived in peace for many years. We had an agreement with the Warchief!
Garrosh Hellscream
There is a new warchief.

Garrosh Hellscream
You cannot change what must be done.

Garrosh Hellscream
I will crush you!
Theramore will fall!
Victory or death!

Garrosh Hellscream
Thrall sat at your feet like a dog. I will not!
You have never seen the true Horde.
Your father attacked us, and you will as well!

Gates of Theramore are destroyed

Jaina Proudmoore
Our gates are gone,,,
Reinforce our gates!
The gates are crumbling!

Jaina Proudmoore
I won't be the aggressor in this!
Garrosh Hellscream
Then accept the consequences.

Jaina Proudmoore
I trusted Thrall. Why would you throw that away?
Garrosh Hellscream
It doesn't matter now.

Archmage Kalec
They will stop at nothing...
Jaina Proudmoore
I used to believe in peace, but no more. Now I know what they are truly capable of.

Garrosh Hellscream
And now, deploy our final weapon!
Theramore is being destroyed
Archmage Kalec
You must retreat, Jaina. Save yourself!
Jaina Proudmoore
I can't leave my people!
Archmage Kalec
You won't achieve anything by dying here.
Jaina leaves Theramore

Garrosh Hellscream
Under my leadership, the Horde will conquer all!