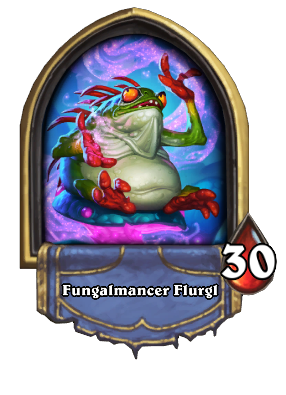 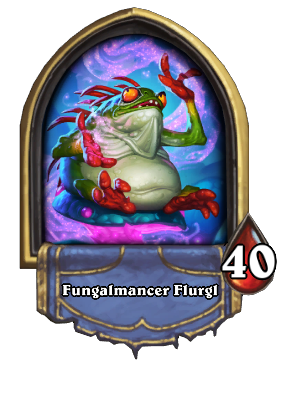 The fungalmancer empowers his friends. With fungus.
External links

Fungalmancer Flurgl is a boss that can be encountered during the Dungeon Run.

Fungalmancer Flurgl is unique to Hearthstone. He buffs his followers with fungus.

Murlocs (known as gmmmlmrmrgmg or Mmmurlok in their language of Nerglish) are a bipedal, amphibious humanoid race mostly residing along coastlines, lakeshores, and riverbeds. They possess bulbous bodies, large mouths lined with rows of sharp fangs, clawed hands and feet, slime-coated skin, and can breathe underwater. Individuals range in coloration from turquoise to darkish grey, and while their heights vary from 3.5 ft. to 6 ft, they stand at an average of just 4 ft.