This article is using {{Card template}}.
See Help:Style guide/Card for how to edit this kind of article.
Edit this article
Frost Shock
971 • CS2_037
Regular 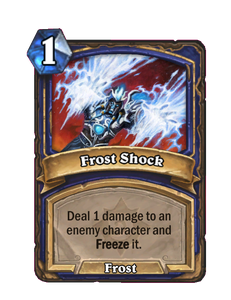 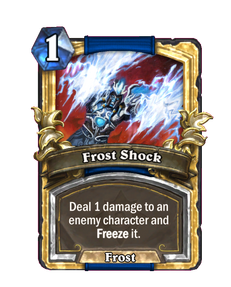 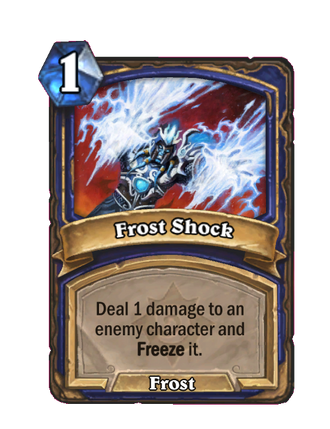 Frost Shock is a shaman spell card, inducted into the Legacy set, formerly from the Basic set. 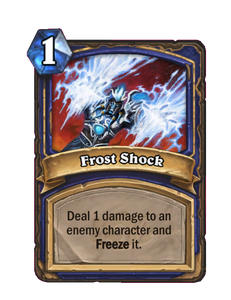 Regular and golden Frost Shock are uncraftable and cannot be crafted or disenchanted.

This spell has two steps:

In World of Warcraft, Frost Shock is a shaman ability that deals damage and slows the target. It is available to the Enhancement and Restoration specs, learned at level 22.