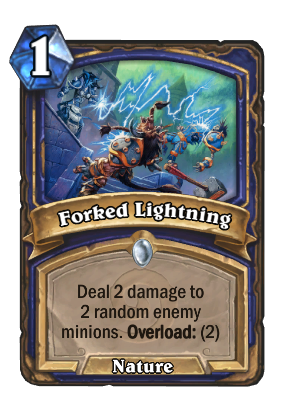 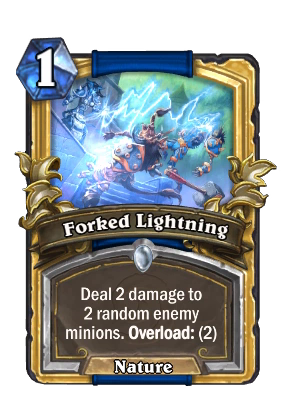 If you combine it with Spooned Lightning and Knived Lightning, you have the full dining set.

Forked Lightning is a common shaman spell card, inducted into the Legacy set, formerly from the Classic set. 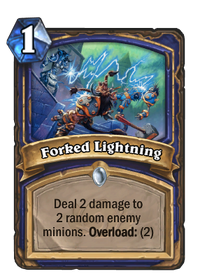 Forked Lightning can be obtained through Classic card packs, or through crafting.

Can be very useful if the opponent has a lot of low health minions, and you don't need the extra mana next turn.