This article is using {{Card template}}.
See Help:Style guide/Card for how to edit this kind of article.
Edit this article
Forgotten Warrior
73910 • Story_09_Warrior_001hb
Regular 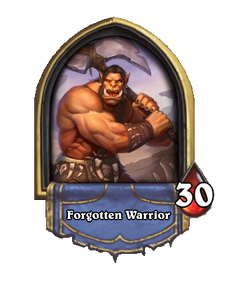 Click here for full resolution image
No one living remembers the leader of Gul'dan's village, but the legacy of his cruelty outlasted him.
Boolean tags
HIDE_WATERMARK
External links

Forgotten Warrior is the first boss in warlock's Book of Heroes chapter. 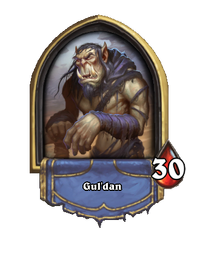 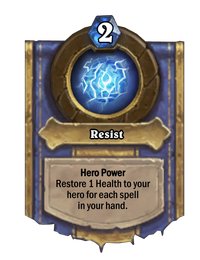 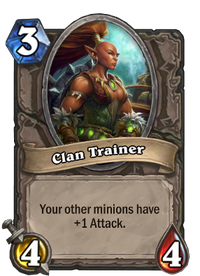 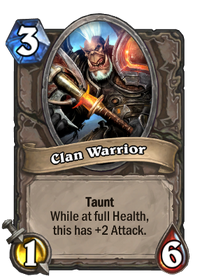 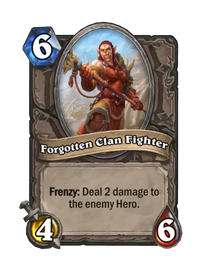 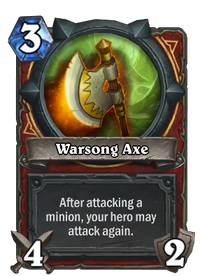 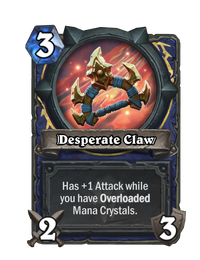 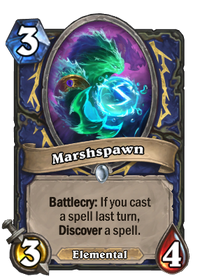 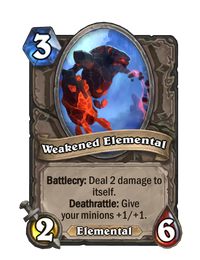 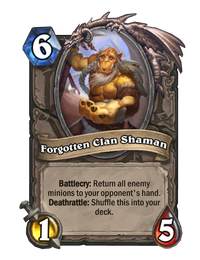 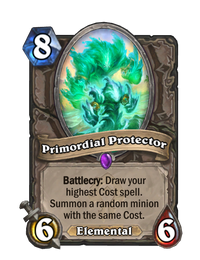 Gul'dan (present)
▶️If you come in search of heroes, you will find none here. Unlike those spineless cowards, I shall tell you the truth about what happened - all the glory and all of the darkness.
▶️For even in the beginning, there was darkness. It clawed away at the corners of my life until nothing else remained.

Forgotten Warrior
▶️Long have you refused your place in this clan. Now we rid ourselves of your filth once and for all.
Gul'dan
▶️Get it over with.

Forgotten Warrior
▶️Is that how you beg for mercy?

Forgotten Warrior
▶️Your own kin have turned against you.
▶️There is no future for you here.
▶️Our clan lives or dies based on who is the weakest. And I will not die for you.

Forgotten Warrior
▶️Fool! Even now, you test me.

Gul'dan
▶️I cannot win against him. At best, I can endure.

Forgotten Warrior
▶️You eat our food and shelter under our roof. Yet you give nothing in return!
Gul'dan
▶️I don't have anything to give.

Gul'dan
▶️You know as well as I... There is nowhere I can go.

Forgotten Clan Shaman
▶️Gul'dan, there is nothing more I can do for you. But know I have always believed there is greatness within you.

Forgotten Clan Shaman
▶️Enough! I have tried to help him find his place among us. I failed.
▶️Seek out the Throne of the Elements, perhaps there you will find your destiny.
Forgotten Warrior
▶️You are cast out. In the wastes, you will understand what it means to have no people.

Forgotten Warrior
▶️We should have left you behind long ago.

Gul'dan was born crippled, weak and deformed in a village in Gorgrond. His condition made him a target for constant mockery and abuse, for which he hated his clan. When the others finally tried to beat him to death to be rid of him, the clan's shaman stopped them and told Gul'dan that he saw greatness in him, advising him to go to the Throne of the Elements to seek his destiny. Gul'dan angrily rejected the shaman, and the chieftain banished Gul'dan from the village.