This article is using {{Card template}}.
See Help:Style guide/Card for how to edit this kind of article.
Edit this article
Floop's Glorious Gloop
48837 • BOT_444
Regular 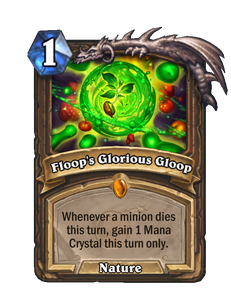 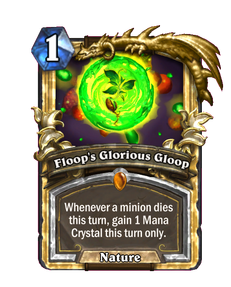 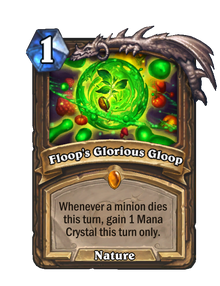 The secret is my glorious gloop! Yes, gloop makes it all possible. Allow me to demonstrate with the help of Intern Kevin here. Alright, Kevin, if you’ll just fetch that vat of gloop for me. . .

Great gloopily floopily, Kevin, be careful not to trip over those roots—you’ll get precious gloop everywhere!

Why, Kevin! You’ve been glooped! Quickly, if you just rinse off in the emergency show—ah, nope. It’s too late. He’s dissolved. I’m so terribly, terribly sorry. What an unfortunate incident! Poor Kevin. If only he was an advanced, ooze-based lifeform like myself, he might have avoided the gloop’s effects. We’d all be so much safer if we were all ooze-based. . . . Hm.

But look! My glorious gloop is glowing! Fascinating! In addition to its incredible properties as an ultra-fertilizer, I hypothesize that the gloop stores the potential energy of the matter it dissolves. A most curious side-effect, but doubtless of no interest to Dr. Boom. We’re here to solve real problems, after all.[1]