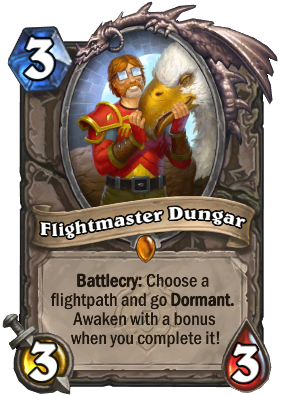 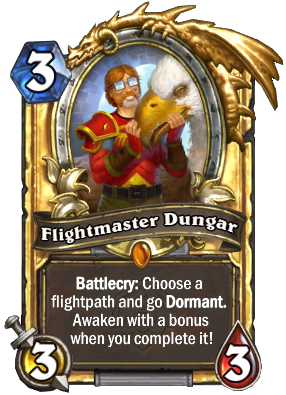 Elite
Battlecry: Choose a flightpath and go Dormant.  Awaken with a bonus   when you complete it!
Flavor text

Flight’s a little bumpy, but there’s plenty of legroom.

Flightmaster Dungar is a legendary neutral minion card, from the United in Stormwind set.

Flightmaster Dungar is uncraftable and cannot be crafted or disenchanted. 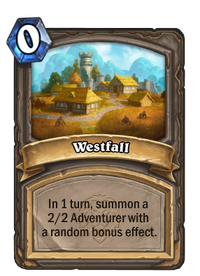 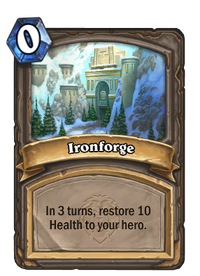 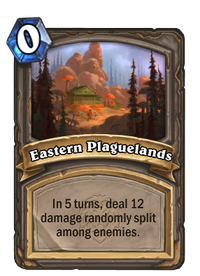 This is a very versatile minion. The differing effects of the three flightpaths means Dungar can go into a variety of different decks, but each option should be considered carefully based on the current board-state, and how the player anticipates the game going while Dungar is dormant.

There is 1 achievement related to Flightmaster Dungar.

Dungar Longdrink is a human gryphon flight master located in the Gryphon Roost in Stormwind City. He is the main flightmaster for the city. He can be found near Bralla Cloudwing and Tannec Stonebeak.
When the Alliance established its garrison at Lunarfall on the alternate Draenor, Dungar joined to serve as flight master.