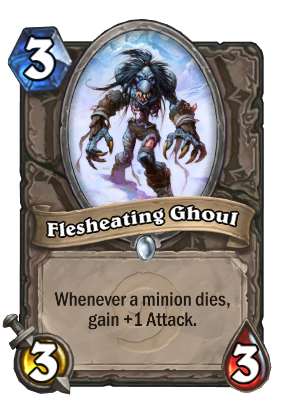 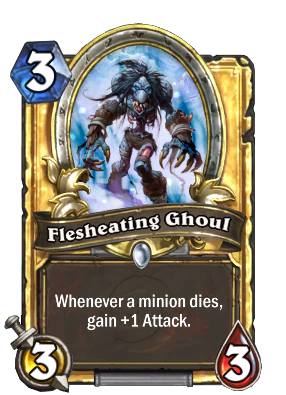 'Flesheating' is an unfair name. It's just that there's not really much else for him to eat.

Flesheating Ghoul is a common neutral minion card, inducted into the Legacy set, formerly from the Classic set. 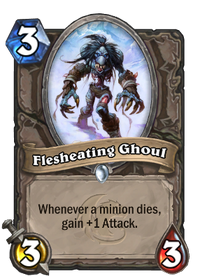 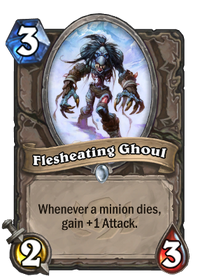 Flesheating Ghoul can be obtained through Classic card packs, or through crafting.

Two copies of regular Flesheating Ghoul (Core) are obtained for raising sum of all your class levels to 1.

Two copies of golden Flesheating Ghoul (Core) are obtained for winning 500 games across all classes.

Flesheating Ghoul (Core) is uncraftable and cannot be crafted or disenchanted.

This 3/3 minion for 3 mana starts off with sub-par stats, but can become very dangerous under the right circumstances. One of the best combos is using a minion with Taunt to protect him while other minions on both sides get killed buffing him with +1 attack per minion that dies. Works extremely well in a aggro deck or against one.