This article is using {{Card template}}.
See Help:Style guide/Card for how to edit this kind of article.
Edit this article
Feugen
1797 • FP1_015
Regular 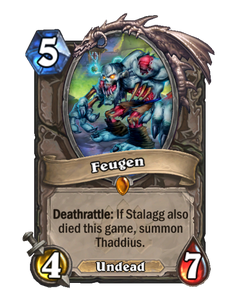 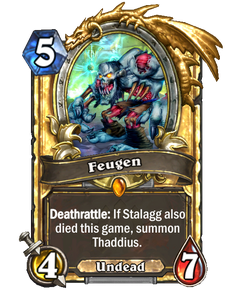 Feugen is sad because everyone likes Stalagg better. 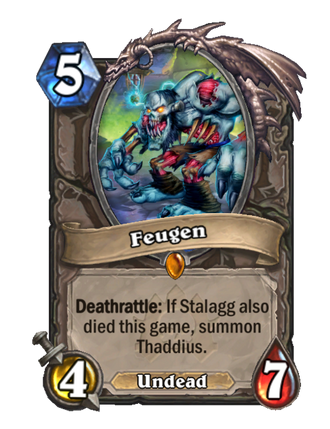 Feugen is a legendary neutral minion card, from the Naxxramas set. It interacts with the death of 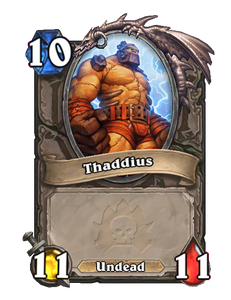 The rules for Feugen and Stalagg's Deathrattle are quite simple, and are applied consistently regardless of related circumstances. Nonetheless, the variety of possible eventualities is substantial.

Feugen was a part of the Thaddius boss fight in the Naxxramas raid.