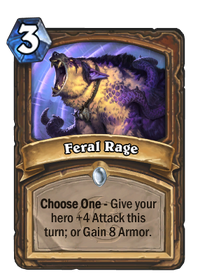 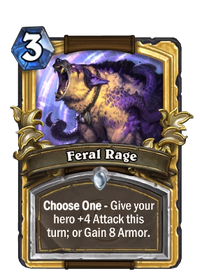 Choose One - Give your hero +4 Attack this turn; or Gain 8 Armor.

Let's be honest. One option is a lot ragier than the other.

This is the Core set version of Feral Rage, a common druid spell card, originally from the Whispers of the Old Gods set.

For more information about Feral Rage, see the original version.

Whispers of the Old Gods(original) 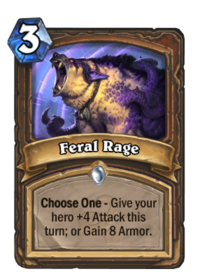 Feral Rage (Core) is uncraftable and cannot be crafted or disenchanted. 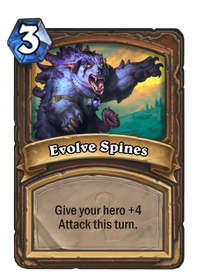 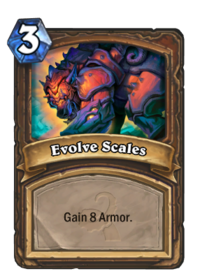