This article is using {{Card template}}.
See Help:Style guide/Card for how to edit this kind of article.
Edit this article
Feral Rage
38334 • OG_047
Regular 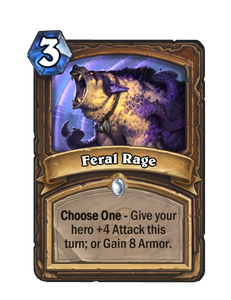 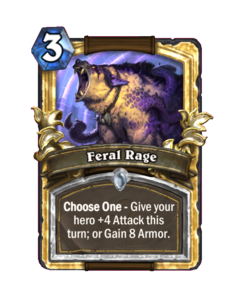 Let's be honest. One option is a lot ragier than the other. 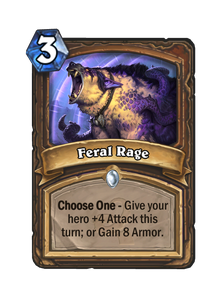 Feral Rage is a common druid spell card, from the Whispers of the Old Gods set. 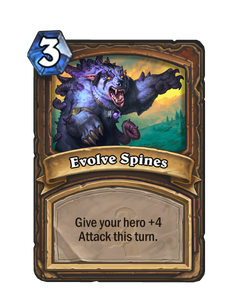 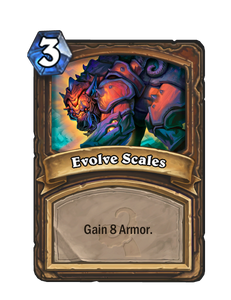 In most cases a better card than Healing Touch, because its Armor effect can still be used at full value at full Health. It is also a more flexible option, due to the option to instead gain 4 Attack for a turn.

This spells depicts the power and versatility of the druid's feral nature, augmented by the dark powers of the Old Gods.