This article is using {{Card template}}.
See Help:Style guide/Card for how to edit this kind of article.
Edit this article
Fencing Coach
2581 • AT_115
Regular 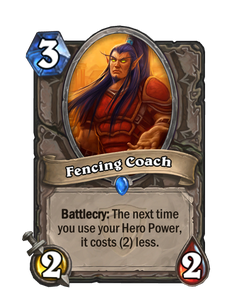 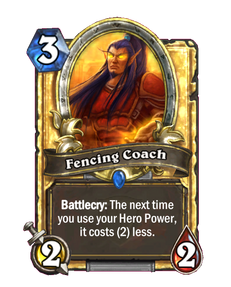 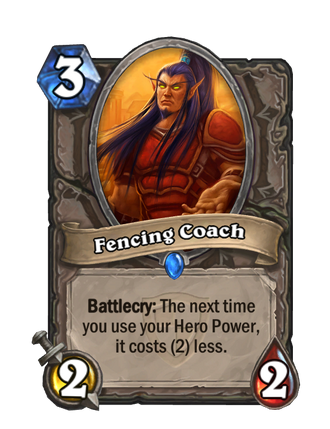 Fencing Coach is a rare neutral minion card, from the Grand Tournament set.

Wilfred Fizzlebang, etc.) due to being able to potentially "save" the use of your Hero Power cost reduction until a later turn.

Without Inspire synergy, you are effectively paying 1 mana for a 2-2 minion. If you play it on a turn where you would have used your Hero Power anyway, this minion is decent. If you play it without using the Hero Power discount in the same turn, you lose some tempo (which you might be able to regain in a future turn, when you get a "free" Hero Power).