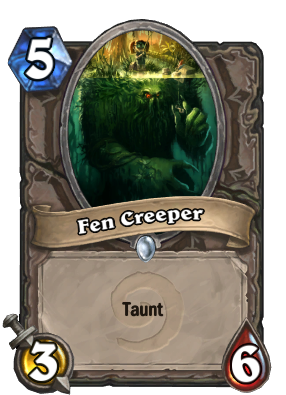 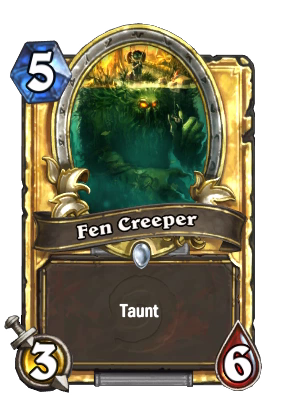 He used to be called Bog Beast, but it confused people because he wasn't an actual beast. Boom, New Name!

Fen Creeper is a common neutral minion card, inducted into the Legacy set, formerly from the Classic set. 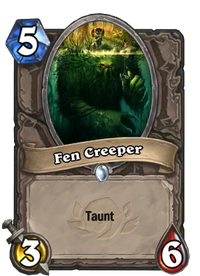 Fen Creeper can be obtained through Classic card packs, or through crafting.

This card is useful to soak up damage and give yourself some breathing room. Fen Creeper's stats, while not especially high, are very good for its Taunt role, making it an excellent midgame defender.

For druids, Druid of the Claw is strictly better than Fen Creeper when used in Bear Form, and also provides the alternative of Cat Form.

Fen Creepers are bog beasts found in the Wetlands.

Bog beasts are large plant creatures often found in temperate marshes of Azeroth. They look like swamp monsters. Unlike animals, they reproduce by seeds.

Bog Creeper is the corrupted version of this minion.