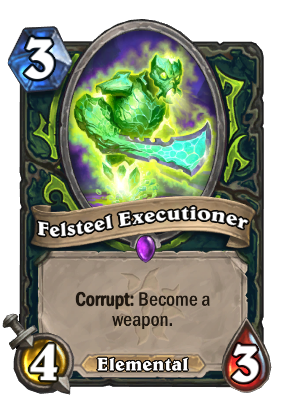 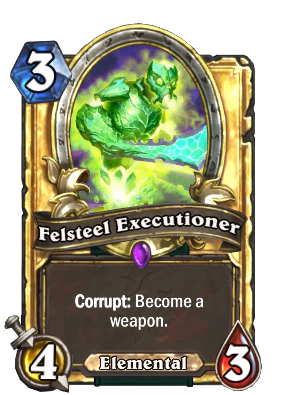 "My mom said I could be anything I want."

Felsteel Executioner is an epic demon hunter minion card, from the Madness at the Darkmoon Faire set. 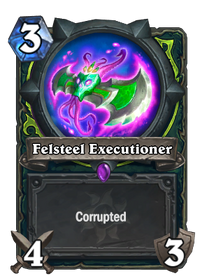 Felsteel Executioner can either be played as an Elemental minion, or a weapon when Corrupted. As Felsteel Executioner keeps buffs applied in the hand before being Corrupted, it effectively serves as a weapon that can be hand-buffed using cards such as Arena Fanatic, Costumed Entertainer or Claw Machine.

As corrupted, it can deal 12 damage over 3 turns for 3 mana which can be increased further with Spells or its Hero Power.