This article is using {{Card template}}.
See Help:Style guide/Card for how to edit this kind of article.
Edit this article
Fatespinner
42615 • ICC_047
Regular 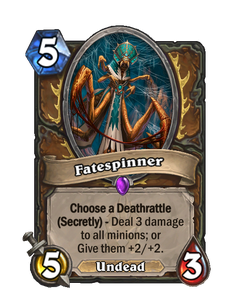 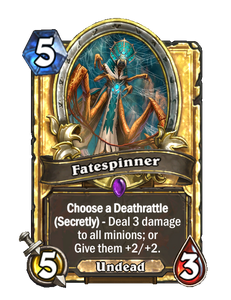 Her clothing? Pure silk, of course. 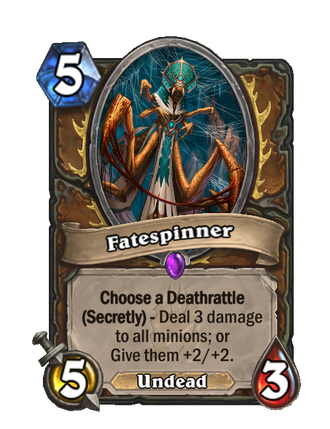 Fatespinner is an epic druid minion card, from the Knights of the Frozen Throne set. 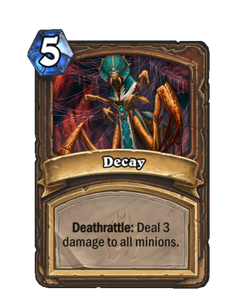 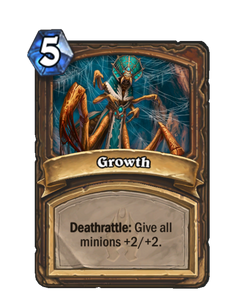 In a Zoo deck, this card can buff your entire board; in a Control deck, this is one of the only Druid AoE abilities. If played and killed on the same turn as

Wrath, it can provide an immediate buff.

This card is very interesting, but the choice is too obvious and the fact that it impacts the board evenly makes it almost useless. The fact that your opponent can almost always react to this card diminishes this impact even further.