This article is using {{Card template}}.
See Help:Style guide/Card for how to edit this kind of article.
Edit this article
Explosive Trap
585 • EX1_610
Regular 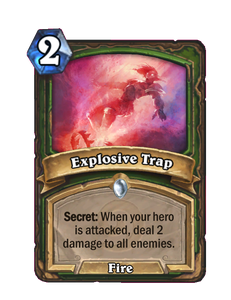 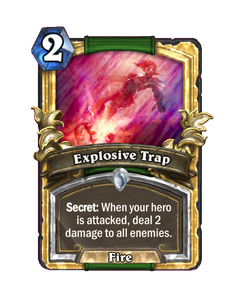 It traps your food AND cooks it for you! 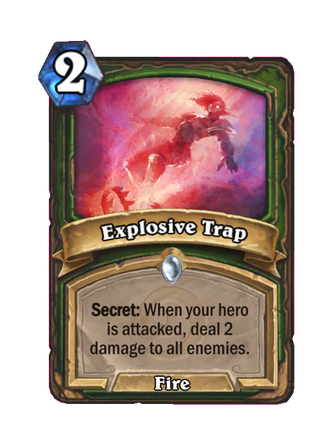 Explosive Trap is a common hunter spell card, inducted into the Legacy set, formerly from the Classic set. 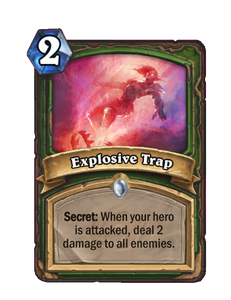 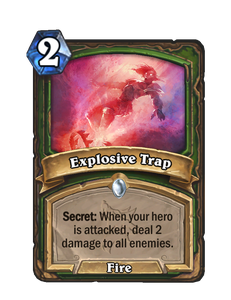 Explosive Trap are obtained for raising hunter to level 1.

Explosive Trap (Core) is uncraftable and cannot be crafted or disenchanted.

This is a great card especially against aggro and zoo decks. It's ideally played when the opponent has multiple small minions, so it can be devastating to them, especially if they can't pay around. It's also effective against weakened minions, if you don't have other way to kill them.

Explosive Trap is a decent card in Arena. In some games it can clear all your opponent's board, but in most cases they will guess and trade until they have a big board, making this easy to play around.

Explosive Trap is a hunter trap which explodes when approached, dealing Fire damage to the triggering character and applying a damage over time effect to all nearby targets.