This article is using {{Card template}}.
See Help:Style guide/Card for how to edit this kind of article.
Edit this article
Excavated Evil
2999 • LOE_111
Regular 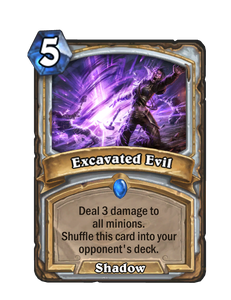 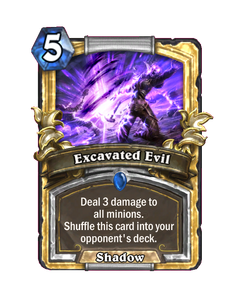 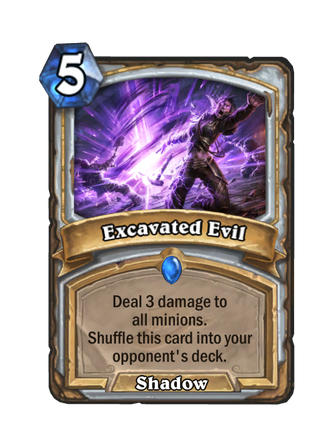 Excavated Evil is a rare priest spell card, from the League of Explorers set.

Circle of Healing to heal his damaged minions or

Thoughtsteal to have the potential to add another copy to his hand. There is also the possibility that your opponent will refuse to use this spell, wasting their draw.

Your match can be prolonged due to its effect, just remember that by the 50th round the game will end in a tie.