This article is using {{Card template}}.
See Help:Style guide/Card for how to edit this kind of article.
Edit this article
Envoy Rustwix
61942 • YOP_004
Regular 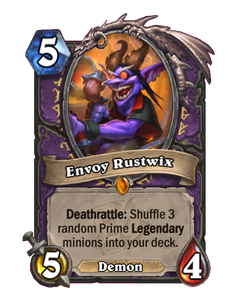 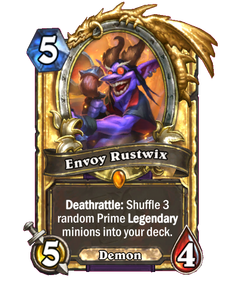 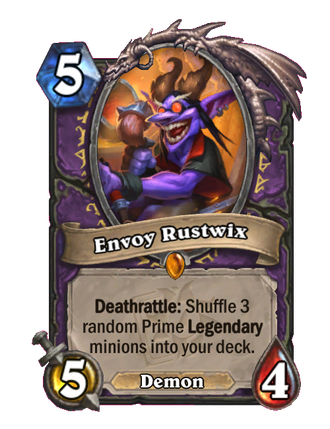 Envoy Rustwix is a legendary warlock minion card, from the Darkmoon Races mini-set. 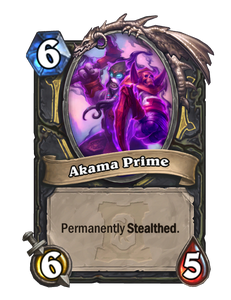 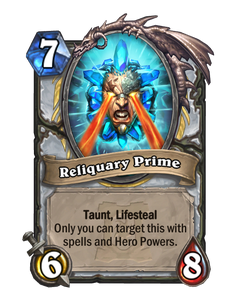 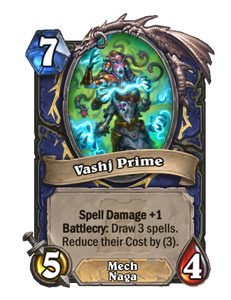 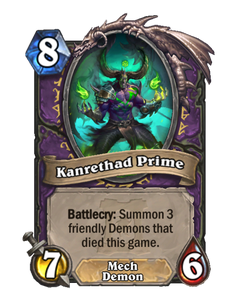 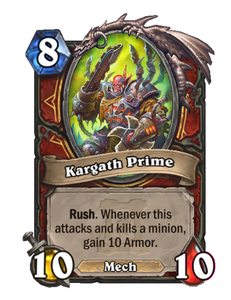 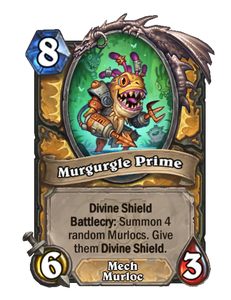 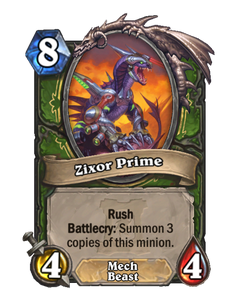 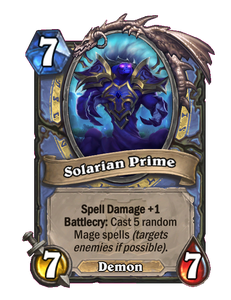 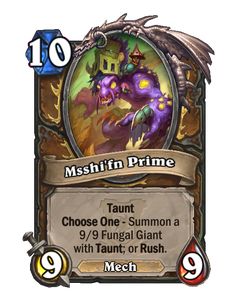 While Envoy Rustwix has fairly low impact on the battlefield with a very average stat line for his cost, he makes up for it with his powerful Deathrattle of shuffling 3 random Prime legendaries from the Ashes of Outland set into your deck. As with all powerful deathrattle effects, be wary of any potential Silence effects or effects that change the minion (such as

Hex). Cards that can instantly remove Rustwix on your turn such as

Plague of Flames or

Sacrificial Pact can serve well to play around these effects if you suspect your opponent has one in hand.

Because Rustwix’s effect is relatively slow tempo, he is best used in a control style deck with lots of sustain through means such as Soul Fragments or

Aranasi Broodmother so you can stay alive long enough to play a powerful Prime such as Solarian or Kargath. Because Envoy Rustwix is a Demon, it’s generally a good idea to run him with

Kanrethad Prime into your deck and create a loop where each minion creates more copies of the other. Playing a Quest as well as this potentially infinite loop can create a situation where you can draw many 0-cost Prime minions with your Hero Power.

Envoy Rustwix is unique to Hearthstone. He first appeared in the cinematic for Trial by Felfire, as one of