This article is using {{Card template}}.
See Help:Style guide/Card for how to edit this kind of article.
Edit this article
Emperor Cobra
1098 • EX1_170
Regular 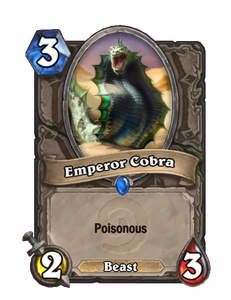 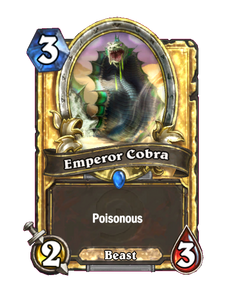 The Sholazar Basin is home to a lot of really horrible things. If you're going to visit, wear bug spray. And plate armor. 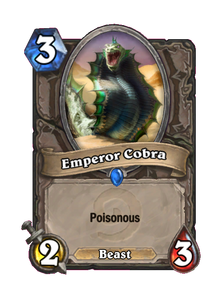 Emperor Cobra is a rare neutral minion card, inducted into the Legacy set, formerly from the Classic set. 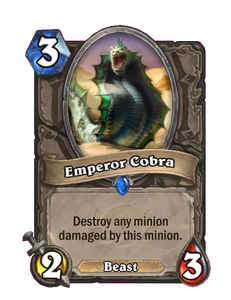 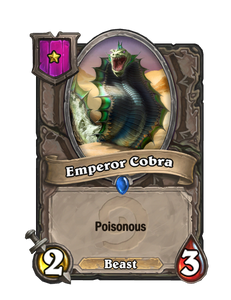 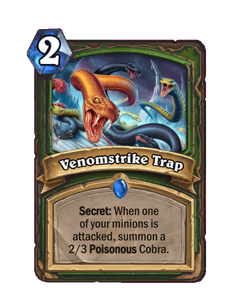 While the Emperor Cobra's stats are nothing impressive, it possesses the Poisonous ability: any minion damaged by it is destroyed. Abilities like the shaman spell Ancestral Healing or the druid spell Mark of the Wild, or minions that give other minions taunt like Sunfury Protector, Houndmaster or Defender of Argus can give you a snake that will instantly kill any attacker. Even the mighty Deathwing is not safe from the Emperor Cobra. Using Emperor Cobra with Tundra Rhino allows for instant removal, unless the targeted minion has Divine Shield.