This article is using {{Card template}}.
See Help:Style guide/Card for how to edit this kind of article.
Edit this article
Elite Tauren Chieftain
1754 • PRO_001
Regular 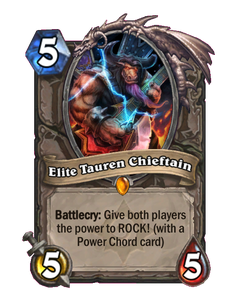 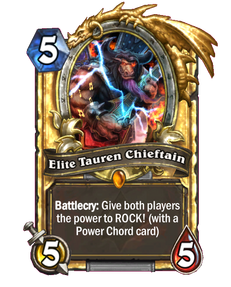 Dimensions: Full • 330 x 410px
Elite
Battlecry: Give both players the power to ROCK! (with a Power Chord card)
Flavor text

He's looking for a drummer. The current candidates are: Novice Engineer, Sen'jin Shieldmasta', and Ragnaros the Firelord. 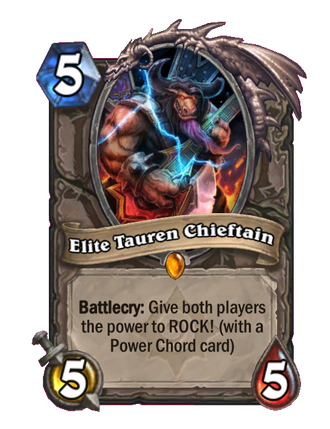 Elite Tauren Chieftain is a legendary neutral minion card, inducted into the Legacy set, formerly from Hall of Fame and Promo sets.

Regular Elite Tauren Chieftain can be obtained through crafting only.

Golden Elite Tauren Chieftain is uncraftable and cannot be crafted or disenchanted. 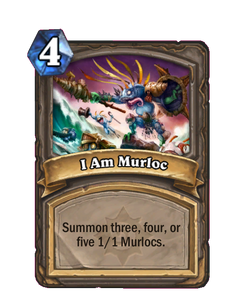 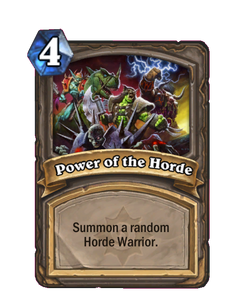 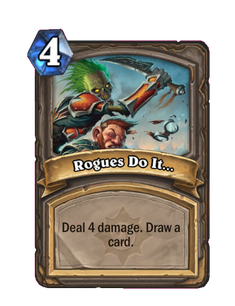 This is a great card for any deck featuring minion buffs, especially murloc buffs, but is very weak against AoE. At least three 1/1 murlocs are guaranteed.

Power of the Horde[]

Summons a single minion for the player. Possible minions summoned are:

This is by far the most unpredictable option, with the potential to be one of the strongest or the weakest of the Power Chords.

A reliable option, serving as combined damage and card draw. Good for removal, this card can also be useful for finishing the enemy hero.