This article is using {{Card template}}.
See Help:Style guide/Card for how to edit this kind of article.
Edit this article
Earth Elemental
69899 • VAN_EX1_250
Regular 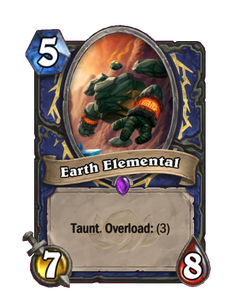 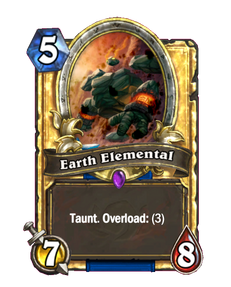 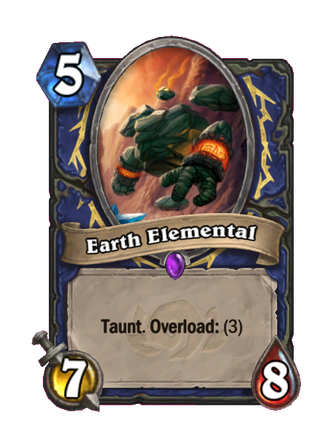 This is the Classic format version of Earth Elemental, an epic shaman minion card. 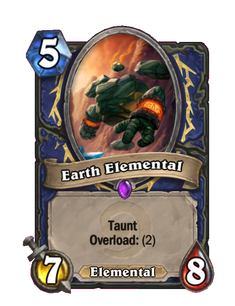 Earth Elemental (Classic) is associated with its original version. If you own any copies of it, you can also use them in Classic format.

Earth Elemental is a strong defensive minion due to its high health and Taunt ability. Because of its Overload cost of 3, Earth Elemental only costs (5) mana initially, allowing it to be played earlier than other big minions. Having the mana cost spread over two turns allows for tempo plays as well.

Its biggest drawback is its vulnerability to

Big Game Hunter. It is often game-losing having to pay 3 overload on your next turn while the opponent removes your Earth Elemental and puts a 4/2 body on the board. Due to Big Game Hunter being neutral and seeing frequent play, Earth Elemental is a risky play. Another drawback is Zoo's ability to chew through a big minion with relative ease, using efficient buffs and

Soulfire, also leaving the Shaman tied up for mana on the next turn, while not mitigating much of the pressure.