Druid of the Swarm

This article is using {{Card template}}.
See Help:Style guide/Card for how to edit this kind of article.
Edit this article
Druid of the Swarm
42651 • ICC_051
Regular 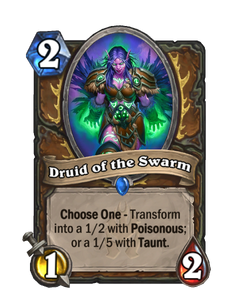 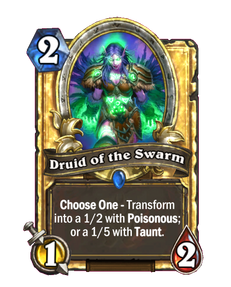 The druid awoke from troubling dreams to find herself transformed into a giant spider. 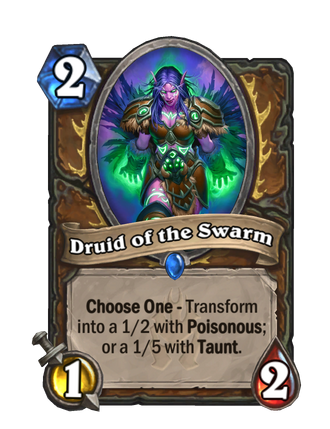 Druid of the Swarm is a rare druid minion card, from the Knights of the Frozen Throne set. 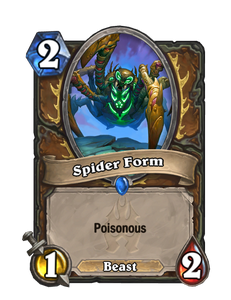 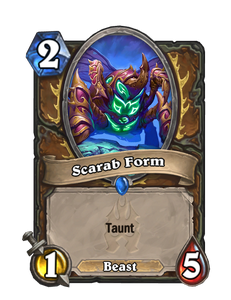 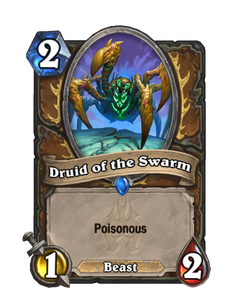 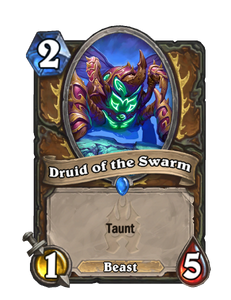 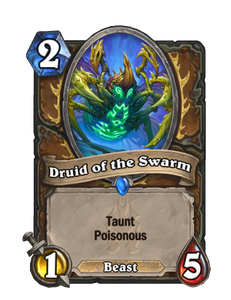 A very potent card for Aggro Druid decks. The Scarab form has high health for a two mana minion, and the Taunt allows you to maintain a board behind it. The Spider form can be used to remove a dangerous enemy minion, especially in the early game when your opponent is less likely to have a fast answer. It's potentially better than

Stubborn Gastropod since it can be hidden behind a Taunt minion. Both forms can be buffed by

Malfurion the Pestilent's example of corrupting nature through pestilence and insects.