Druid of the Flame

This article is using {{Card template}}.
See Help:Style guide/Card for how to edit this kind of article.
Edit this article
Druid of the Flame
2292 • BRM_010
Regular 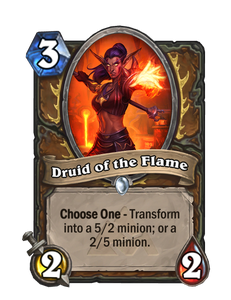 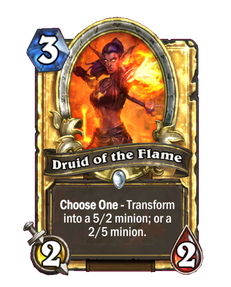 Druids who fought too long in Northrend were easily seduced by Ragnaros; a mug of hot chocolate was generally all it took. 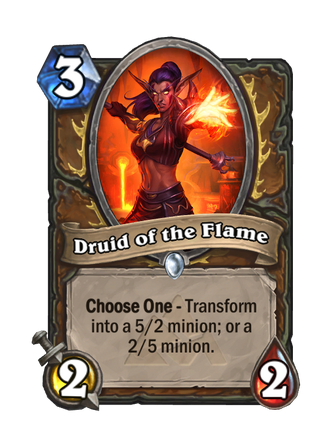 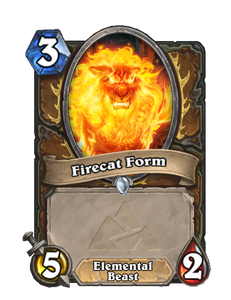 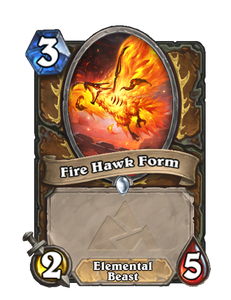 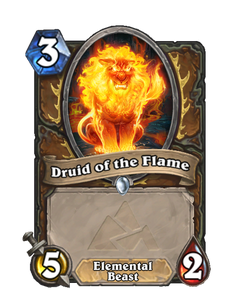 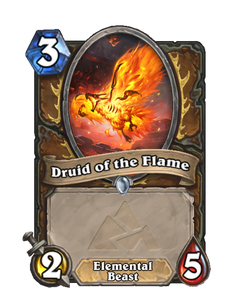 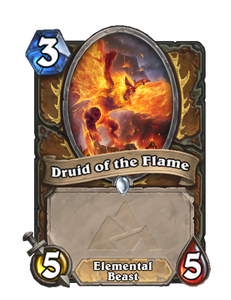 Players should use the transformation based on the situation:

While not a hard rule, on an empty board, the 2/5 is almost always favored.

Ossirian Tear transform this minion into a 3-cost 5/5, which are very effective stats.

Ragnaros the Firelord, led by his new majordomo Fandral Staghelm. These vile creatures have turned their backs on

Cenarius' teachings and now worship the Fire Lord, Ragnaros. Twisted by his insane power, they desire nothing more than to bury everything in ash. They operate mainly in the Firelands. During the quest The Nordrassil Summit,

Thrall explicitly refers to them as members of the Twilight's Hammer, and Fandral claims to answer to the Twilight Prophet.