Druid of the Claw

This article is using {{Card template}}.
See Help:Style guide/Card for how to edit this kind of article.
Edit this article
Druid of the Claw
692 • EX1_165
Regular 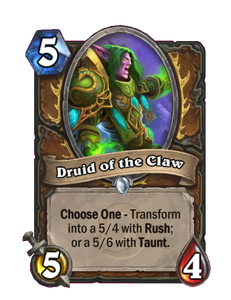 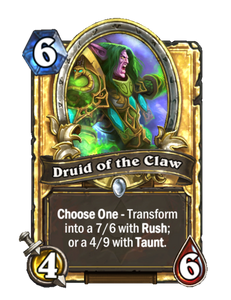 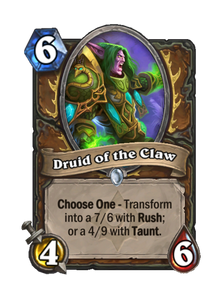 Druid of the Claw is a common druid minion card, inducted into the Legacy set, formerly from the Classic set. 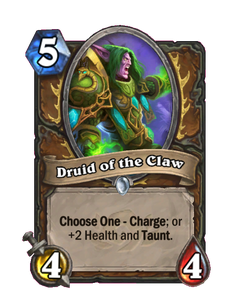 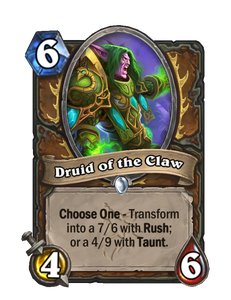 Two copies of regular Druid of the Claw are obtained for raising druid to level 1.

Two copies of golden Druid of the Claw (Core) are obtained for winning 50 games as druid.

Druid of the Claw (Core) is uncraftable and cannot be crafted or disenchanted. 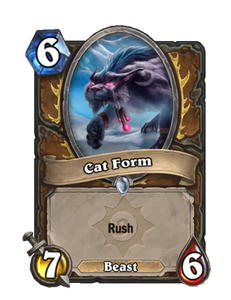 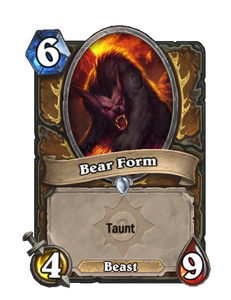 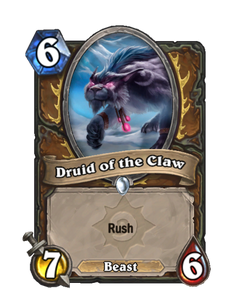 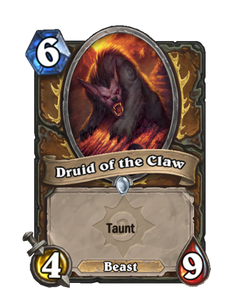 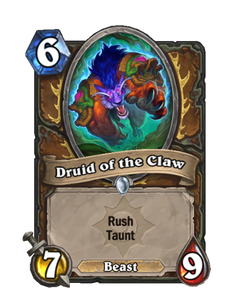 Unlike the similar Ancient of War, the basic Druid of the Claw card transforms[1] into the chosen minion, producing a wholly separate card. Most significantly, the Bear Form Druid's base Health is 6 (not 4) and this will not be lost if Silenced. This makes Bear Form Druid almost strictly better than Fen Creeper (Bear Form Druid is vulnerable to Hemet Nesingwary).

These ancient druids have adopted the totem of the bear and use the powers of their totem to defend their society from any external threats. They are fond of assuming Bear Form and roaming in seclusion throughout the wildlands of Kalimdor. When riled, the Druids of the Claw display ferocious power and stamina. Their magical spells augment their allies' fighting skills and bravery as well.