This article is using {{Card template}}.
See Help:Style guide/Card for how to edit this kind of article.
Edit this article
Dragonling Mechanic
523 • EX1_025
Regular 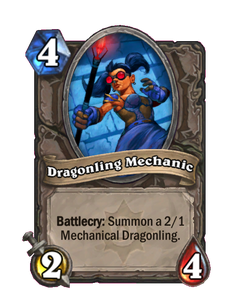 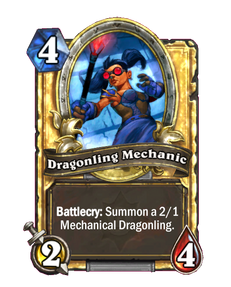 She is still working on installing the rocket launcher add-on for Mr. Bitey. 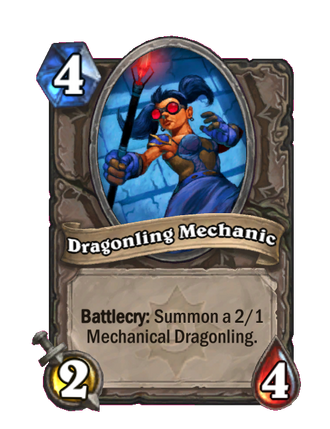 Dragonling Mechanic is a neutral minion card, inducted into the Legacy set, formerly from the Basic set. Its Battlecry summons a 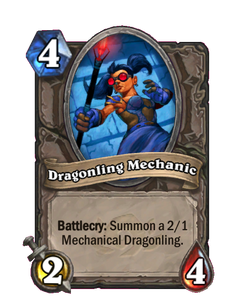 Regular and golden Dragonling Mechanic are uncraftable and cannot be crafted or disenchanted. 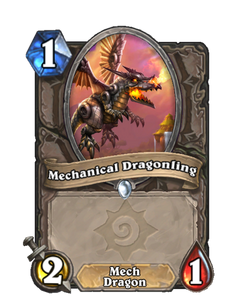 This card effectively summons a 4/5 minion; the difference lies in the effects of having those values split between two minions. Boards featuring multi-target play such as

Frostwolf Warlord work well with this. The main weakness of this card is the relative ease with which the minions, especially the Dragonling, can be defeated. Conversely, this card is far harder to counter with single-target effects.