This article is using {{Card template}}.
See Help:Style guide/Card for how to edit this kind of article.
Edit this article
Double Jump
59606 • SCH_422
Regular 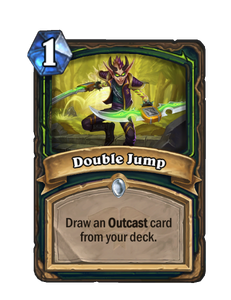 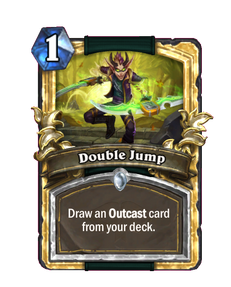 The key to every speed run. 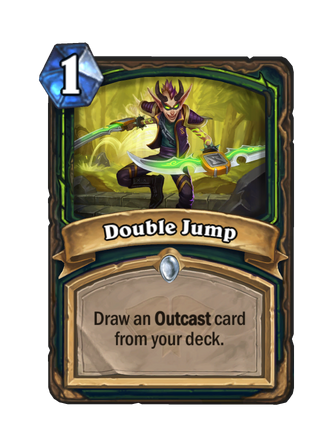 Double Jump essentially puts a 1 mana surcharge on an Outcast card, drawing it from your deck and putting it in position to be Outcast immediately. Generally speaking, one mana is usually worth guaranteeing the effect activating.

This spell can also be used as a simple tutor, thinning the deck by 1 and getting a card in your hand to be cast on a future turn. Be careful playing Double Jump early however, since a

Skull of Gul'dan or

Star Student Stelina could wind up stranded if you're not able to keep your hand small.

Double Jump has great synergy with

Glide on an empty hand, fetching the card to draw 4 additional cards and disrupt the opponent's hand.