This article is using {{Card template}}.
See Help:Style guide/Card for how to edit this kind of article.
Edit this article
Dispatch Kodo
41126 • CFM_335
Regular 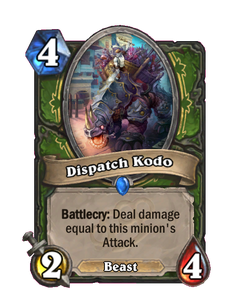 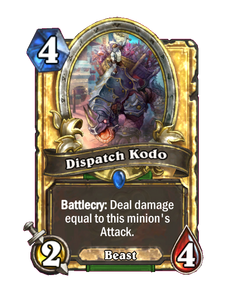 "Crime reported at First Bank of Gadgetzan. Huge quantities of Jade being carried away by what looks like a bunch of Hozen. Kodo 77 can you make it over there now?" 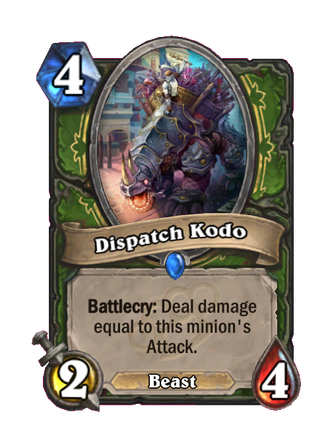 Dispatch Kodo is a rare hunter minion card, from the Mean Streets of Gadgetzan set.

Dispatch Kodo is a good inclusion in Midrange Hunter since it's already reasonable as a standalone minion. It also synergizes with handbuff cards which increase its attack value, such as