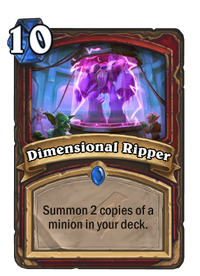 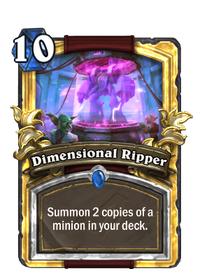 Summon 2 copies of a minion in your deck.

The first dimensional ripper had a point.
The second fell flat.
The THIRD one really started to take shape!

Dimensional Ripper is a rare warrior spell card, from the Rise of Shadows set.

Dimensional Ripper can be obtained through Rise of Shadows card packs, or through crafting.