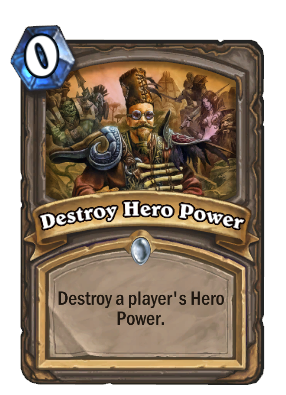 Destroy Hero Power is a debug card, and is not obtainable by players.