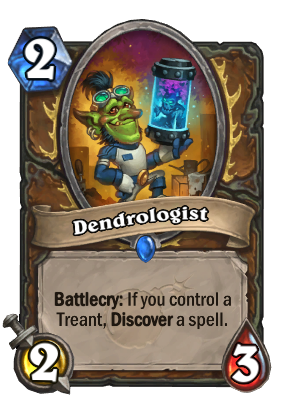 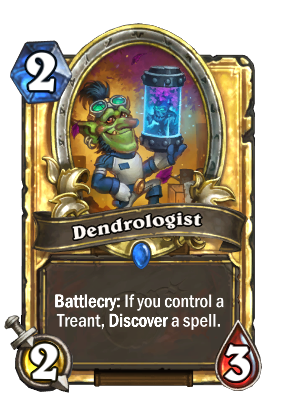 Battlecry: If you control a Treant, Discover a spell.
Flavor text

He's teaching his little buddy to talk, but all it says is, "I am Gloop."

Dendrologist is a rare druid minion card, from The Boomsday Project set.

Dendrologist can be obtained through The Boomsday Project card packs, or through crafting.

This minion is meant to be played with decks that run Treants. The amount of value this card generates can be substantial, as many Druid spells will be of some use in token-style decks, whether it's removal, card draw, or more tokens, and only a few will be complete duds. In emergencies, it can be played as a vanilla 2/3 if early game tempo is crucial.