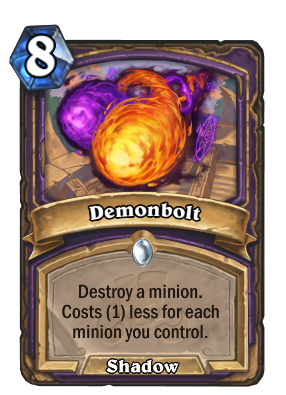 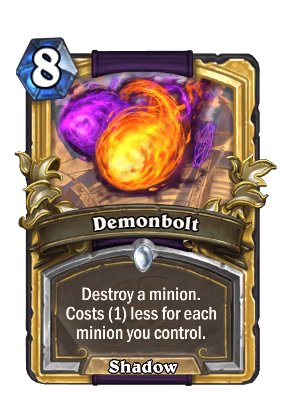 Destroy a minion. Costs (1) less for each minion you control.
Flavor text

Demonbolt is a common warlock spell card, from the Rastakhan's Rumble set.

Demonbolt can be obtained through Rastakhan's Rumble card packs, or through crafting.

Demonbolt is a level 100 talent for Demonology warlocks in World of Warcraft. After a cast time, it fires a bolt of demonic energy at a target, dealing damage that is increased for each demon minion the warlock has active at the time of casting.