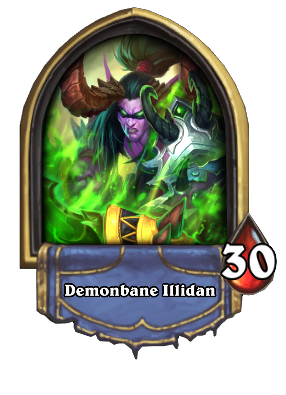 Demonbane Illidan is an alternate hero for the

This is Illidan Stormrage wearing the Demonbane Armor set.

Demonbane Illidan is one of the options available for players that reach level 50 in the Rewards Track.

When viewed in the collection, Demonbane Illidan has the following flavor text:

Remember this face, for it has adorned many a demonic dart board. Obtained by completing the Reward Track.