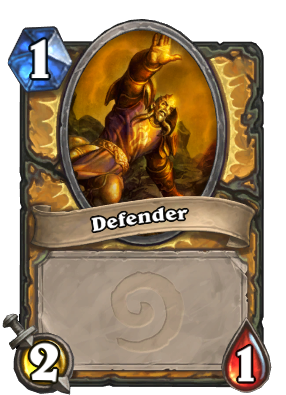 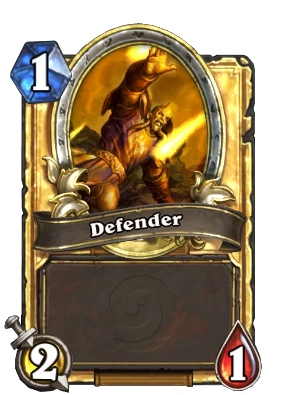 Defender is an uncollectible minion summoned by the Classic paladin Secret Noble Sacrifice.

With its single point of Health, the Defender is generally fated to be destroyed as soon as it is summoned. However, certain effects can allow it to survive its summoning attack. For more information, see Noble Sacrifice. 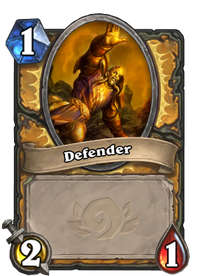 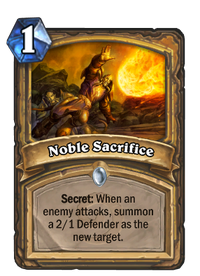 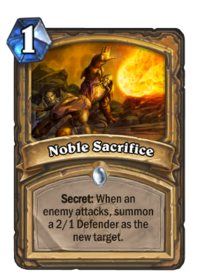