This article is using {{Card template}}.
See Help:Style guide/Card for how to edit this kind of article.
Edit this article
Deadly Fork
39822 • KAR_094
Regular 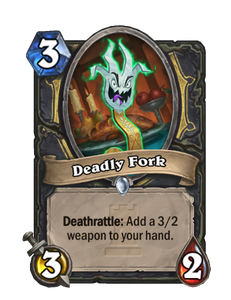 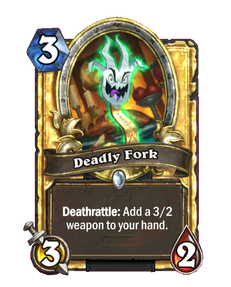 For a proper setting, place the deadly fork after the salad fork, but before the dinner fork. 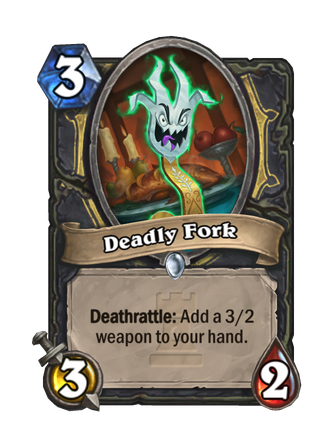 Deadly Fork is a common rogue minion card, from the One Night in Karazhan set. 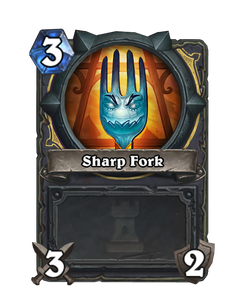 This minion and the weapon it generates are poor during the opening turns due to their low stats for the mana. In the late game, using

Sharp Fork to wipe out enemy minions is treacherous due to Rogue's lack of healing and the size of late-game minions. Sharp Fork's primary use is end-game face damage when

Since Deadly Fork's Deathrattle adds a Sharp Fork to the hand rather than equipping it, it can be copied via

Sharp Fork has the same stats as

One of the many items within Karazhan originally enchanted by Medivh to entertain his guests, the Deadly Fork's Deathrattle represents the hero picking up the lifeless fork and using it as a weapon.[2]