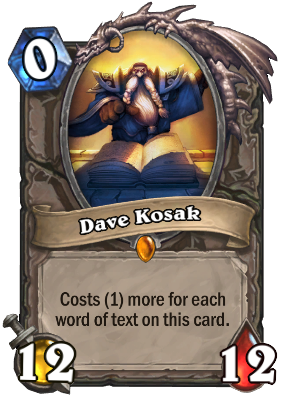 Elite
Costs (1) more for each word of text on this card.
External links

Dave Kosak is a former Blizzard employee, member of Team 5, and Lead Mission Designer for Hearthstone.[1] He was previously the Lead Narrative Designer for World of Warcraft, but joined the Hearthstone team in November 2016.[2]