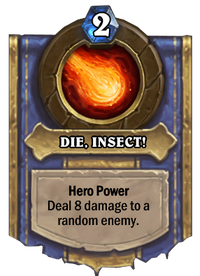 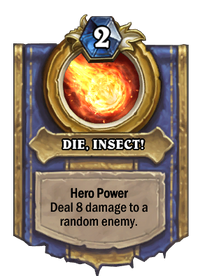 For other cards of the same name, see DIE, INSECT! (disambiguation).

DIE, INSECT! is a replacement Hero Power, granted by Sulfuras' Battlecry, from the Journey to Un'Goro set. 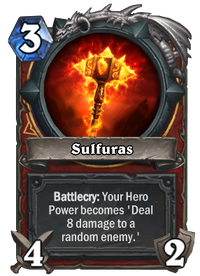 "DIE, INSECT!" is a quote from the Ragnaros raid boss in the Molten Core in World of Warcraft, used whenever Ragnaros kills a player. 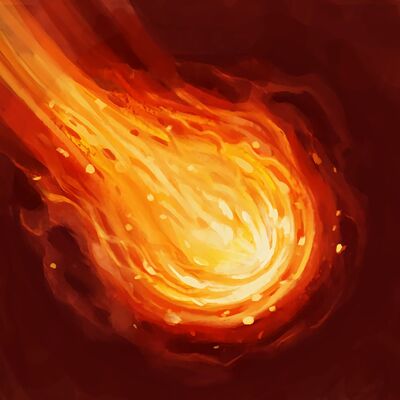