This article is using {{Card template}}.
See Help:Style guide/Card for how to edit this kind of article.
Edit this article
Cruel Taskmaster
285 • EX1_603
Regular 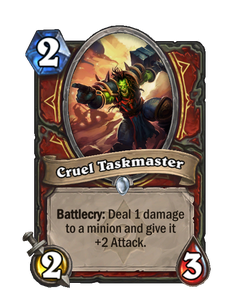 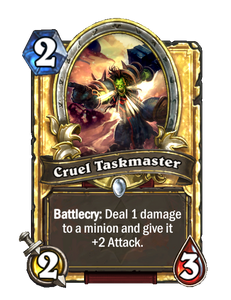 "I'm going to need you to come in on Sunday." - Cruel Taskmaster 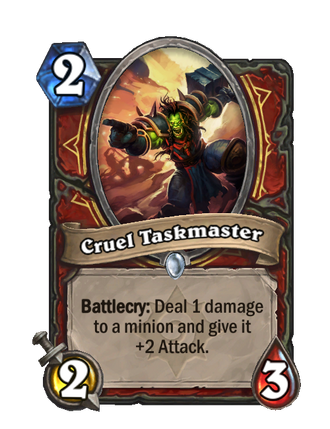 Cruel Taskmaster is a common warrior minion card, inducted into the Legacy set, formerly from the Classic set. 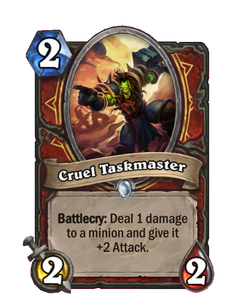 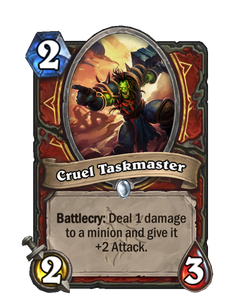 Cruel Taskmaster are obtained for raising warrior to level 1.

Cruel Taskmaster (Core) is uncraftable and cannot be crafted or disenchanted.

This minion's Battlecry is excellent at empowering a friendly minion, essentially trading 1 Health for 2 Attack. It is especially useful to activate minions with enrage, or other effects that trigger on being damaged. A short list includes:

This minion's battlecry can also be used to target enemy minions. This is ideally used to destroy low health minions, since the Attack bonus will also be granted to the enemy target, making it generally unwise to leave the minion alive to return the favour the next round. While this wastes the Taskmaster's potential for increasing damage output, it can be a very useful removal option, adding to this minion's versatility.