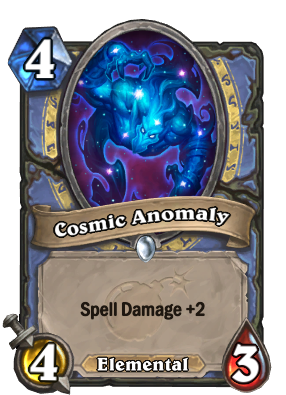 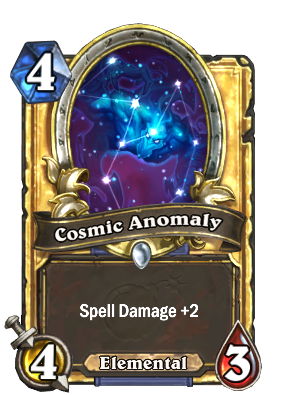 Cosmic Anomaly is a common mage minion card, from The Boomsday Project set.

Cosmic Anomaly can be obtained through The Boomsday Project card packs, or through crafting.

Cosmic Anomaly is a card efficient source of Spell Damage, providing a hefty bonus to spells on a decent body. It synergizes well with cheap spells like Shooting Star and Arcane Missiles, allowing you to safely play them on the same turn Cosmic Anomaly is summoned.