This article is using {{Card template}}.
See Help:Style guide/Card for how to edit this kind of article.
Edit this article
Coldlight Seer
453 • EX1_103
Regular 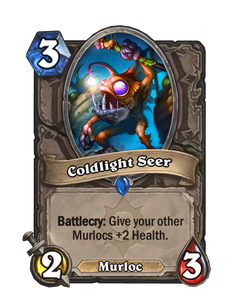 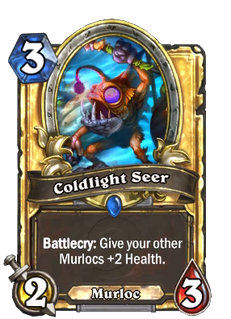 The Coldlight murlocs reside in the darkest pits of the Abyssal Depths. So no, there's no getting away from murlocs. 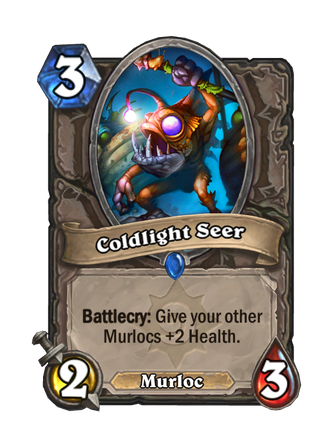 Coldlight Seer is a rare neutral minion card, inducted into the Legacy set, formerly from the Classic set. 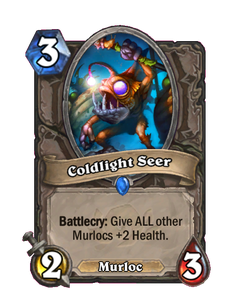 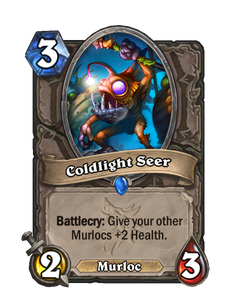 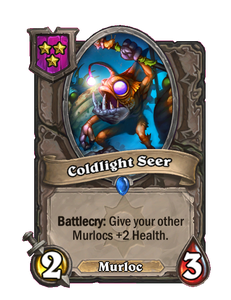 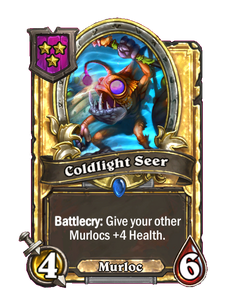 Coldlight Seer are obtained for raising sum of all your class levels to 27.

Two copies of golden Coldlight Seer (Core) are obtained for winning 1000 games across all classes.

Coldlight Seer (Core) is uncraftable and cannot be crafted or disenchanted.

Coldlight Seer buffs the Health of other murlocs on the board, allowing the normally fragile murlocs to survive longer. The more murlocs you have, the more value you can get out of this card.

The Coldlight are a tribe of murlocs found in Vashj'ir in the Abyssal Depths.