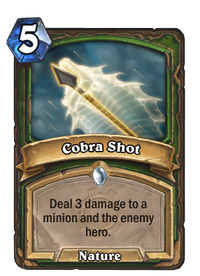 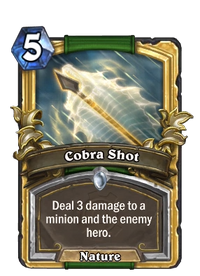 Deal 3 damage to a minion and the enemy hero.

Cobra Shot is a common hunter spell card, from the Goblins vs Gnomes set.

Cobra Shot can be obtained through Goblins vs Gnomes card packs, or through crafting.

This card pays for having both removal and face damage with a grossly inefficient mana cost, so much so that in most situations it's inferior to every other spell that performs one of the options, like Explosive Shot, Flanking Strike, Quick Shot, Marked Shot, etc. Corrosive Breath has the same effect while holding a Dragon, but costs 3 mana less while still being usable as an early-game removal spell without the Dragon synergy active. Actively choosing this card via card generation like Discover is only reserved for last-ditch efforts to push for face damage.

Cobra Shot is a Beast Mastery Hunter ability from World of Warcraft. 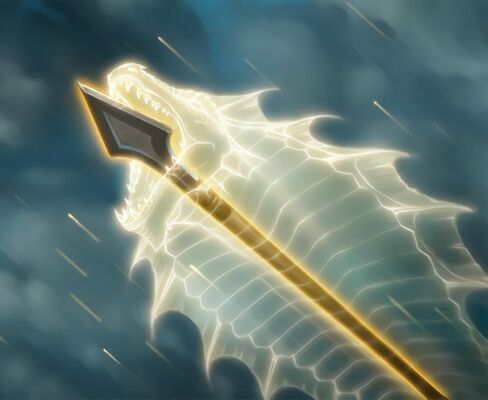